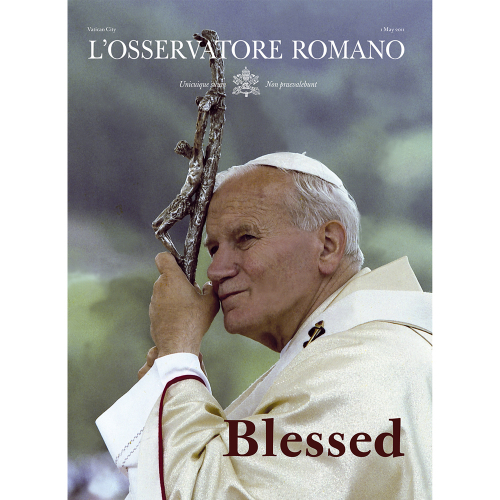 Exclusively from Alive Publishing in collaboration with L’Osservatore Romano.

L’Osservatore Romano, the newspaper of the Holy See, has prepared a special souvenir magazine dedicated to Karol Wojtyla, who took the name John Paul II during his Pontificate from 1978 to 2005.

The special edition pays homage to an exemplary Christian and one of the great Bishops of Rome, whom the Church formally recognised as a model of holiness during the Beatification ceremony on 1 May, presided at by his Successor, Benedict XVI. He was declared a Saint of the Church, by Pope Francis, on 27th April 2014.

The diverse facets of John Paul II’s personality emerge through his own writings and homilies, as well as through the articles, interviews, testimonies and many rare photographs carefully selected from the archives of L’Osservatore Romano

Subscriptions
Walk with Me