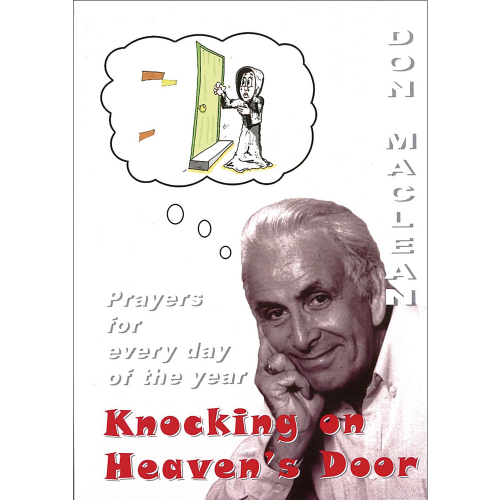 When Don Maclean started presenting the BBC Radio 2 programme ‘Good Morning Sunday’ in 1990, the Producer, Michael Wakelin, asked him if there was anything special that he would like to include in the show. He replied ‘Well this is a religious programme; I feel that we should pray.’  For the next fifteen years he wrote topical prayers reflecting the events of the past week and the nation joined him in prayer at 7.55 every Sunday morning.

Over the years he regularly received letters from priests, ministers, Salvation Army officers, saying that they recorded the prayers every week and used them as a basis for prayer during their own services later in the day.

When Don left the programme in January 2006, several people suggested that he should write a book of prayers which could be used throughout the church year.

This book is the answer – a useful resource of prayers for every day of the year with a section devoted to popular themed Sundays of the year. The prayers are neither poetic nor biblical but they come from the heart.


Subscriptions
Walk with Me